CANNABIS The future is green hemp – Mario Catania: “Considered the” vegetable pig “, because it can be used in all its parts, hemp means food, with seeds and oil considered nutraceutical products, it can become paper of excellent quality; it is an excellent material for green building; it can give life to different types of biodegradable bioplastic; it can become a green fuel and even be used for the bodywork of cars “.

CANNABIS The future is green hemp – Mario Catania: For decades we have been victims of a brainwashing that will probably be told in the history books as the greatest conspiracy against a living being that has ever happened: that of prohibition against the hemp. A plant that is actually the best ally we have available for the economy, the environment and the fight against climate change and for millions of patients suffering from the most diverse and often highly disabling diseases. Today it is at the center of medical-scientific research, contributes to healing disastrous economies to the sound of billions of dollars and is establishing itself as an almost inexhaustible resource capable of replacing petroleum derivatives and marrying perfectly with the principles of the circular economy. In fact, hemp is not just a medicine or a substance used on a spiritual or recreational level. Considered as the vegetable pig, because it can be used in all its parts, cannabis is nutraceutical food, excellent quality paper to reverse deforestation, a material for green building to build zero-bill homes and reduced consumption, a performing, resistant fabric and natural, biodegradable bioplastic, as well as a futuristic material for the cars of tomorrow and to store energy, contributing, even if only by growing, to purify the earth of pollutants and heavy metals and removing enormous quantities of CO2 from the atmosphere.

Mario Catania (December 16, 1982) is a freelance journalist specializing in cannabis and the surrounding area. He writes and produces videos for Fanpage.it in his column “Doctor cannabis”, is editor for Dolce Vita and director of the sectoral magazines Canapaindustriale.it and Cannabisterapeutica.info. Over the years he has written articles and insights for various newspapers such as Terra Nuova and the first issue of the monthly Millennium, after having worked for a long time with ilfattoquotidiano.it. In 2017 he founded Grow Up, the first communication and consulting agency for companies in the sector. This is his first book: CANNABIS The future is green hemp – Mario Catania 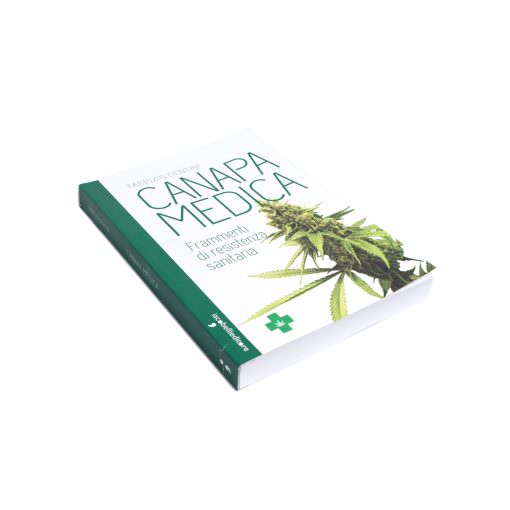