There has been a lot of talk lately about CBD, or cannabidiol. It is one of the major active ingredients contained in legal cannabis sativa. After THC it is the second most contained substance in Cannabis. Unlike its cousin Delta-9-tetrahydrocannabinol, it is not a psychoactive element, it is not addictive and instead has a therapeutic and beneficial effect on the body. This is an element that has been the subject of many medical studies and research in recent years. Researches that have brought to light its many beneficial properties. The entire scientific community has paid increasing attention to this substance, which has proved to be fundamental for the treatment of many diseases.

CBD is one of 80 different active ingredients contained in cannabis. After THC is the one present in greater quantities. It is a metabolite of hemp with relaxing, anticonvulsant, antidistonic, antioxidant, anti-inflammatory effects, which promotes sleep, is soothing against anxiety and panic and has been shown to be able to reduce intraocular pressure, as well as being a promising atypical antipsychotic . CBD stands for cannabidiol and has no psychotropic effect, therefore it does not act on the human mind. It is the key element of medical cannabis. Legalized in Italy since 2006, medical cannabis is effectively used for the treatment of various serious diseases, among which we mention:

3 side effects caused by chemotherapy

8 appetite restriction in patients with eating disorders or suffering from AIDS.

The multiple beneficial effects that legal marijuana has on these diseases are due precisely to the presence of CBD.

CBD: how it works and how it functions

The endocannabinoid system is affected by CBD. In fact, this substance, without altering the mind and space-time perception, acts on the system guaranteeing its perfect homeostasis. Homeostasis is the ability of an organism to maintain a certain internal stability. And it is precisely on these characteristics that CBD acts. There are several cannabinoid receptors in the human body. Two of them are known to date: CB1 and CB2. And it is through these receptors that CBD is able to bind and condition the entire endocannabinoid system in a beneficial way. CB1 is localized in the central nervous system and mainly in the brain. CB2 is found in the T cells of the immune system and the central nervous system. This system consists of three main parts: Endocannabinoids – cannabinoids produced naturally by the body Cannabinoid receptors Fatty acid enzymes – responsible for the deterioration of cannabinoids.

How it is used

CBD has beneficial effects on the entire human body. Thanks to the ability to bind with cannabinoid receptors, it acts on the endocannabinoid system which triggers homeostasis rations to restore internal balance to the body, its organs and especially the nervous system. It is used for the treatment of various ailments, both physical and mental. It is used safely in the treatment of diseases, even serious ones, because it does not present any side effects (not even when used in situations of interaction with other drugs). For this reason it is assumed that CBD will be used in the medical and pharmaceutical fields in the future. CBD is also one of the main elements used by the cosmetic industry for the production of various beauty products. In fact, its use is justified by the many beneficial properties attributed to it:

7 used for the health of nails and hair

9 It has a very powerful anti-inflammatory force.

It keeps cytokine proteins and inflammatory chemokines under control and is a natural antioxidant. In fact, it stimulates the natural growth of cells, at the same time carrying out a strong nourishing action (which is why it is used above all to produce creams, ointments, ointments and oils). Furthermore, CBD is also often used in aromatherapy and as a liquid for electronic cigarettes.

All forms of CBD

You can enjoy the beneficial effects of CBD thanks to its lipid solubility. This in fact allows the signals of the nerve cells responsible for pain and stress to be “mixed”. For this reason, CBD is often combined with high-fat liquids such as oil. 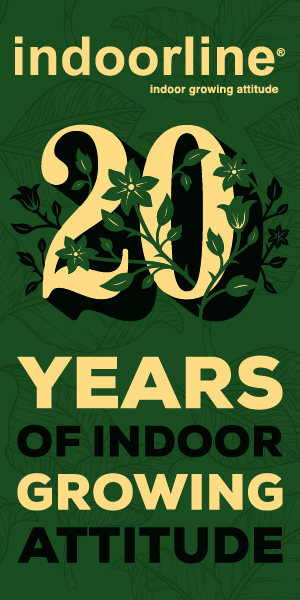